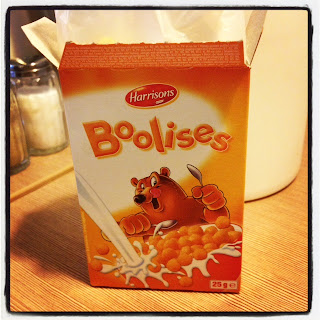 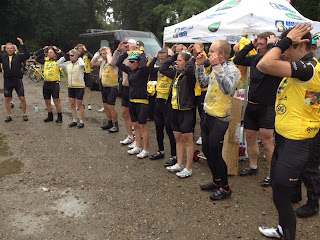 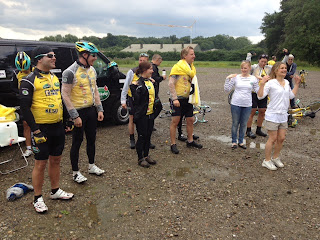 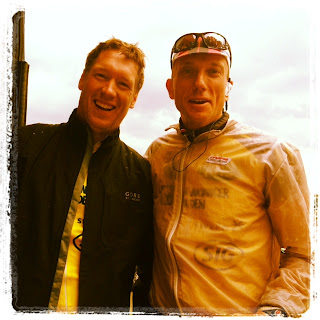 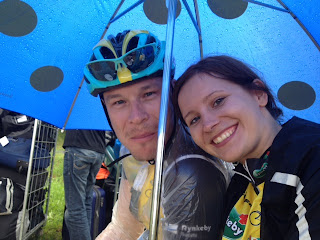 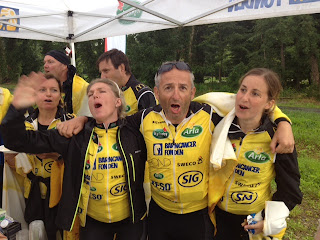 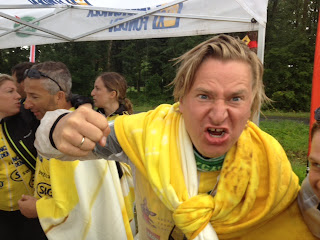 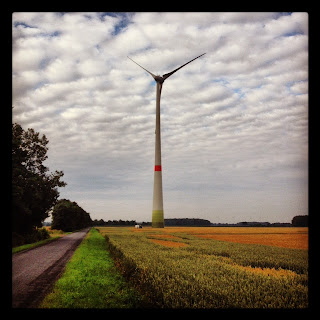 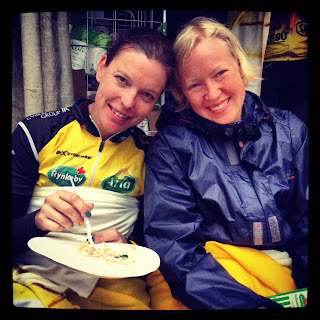 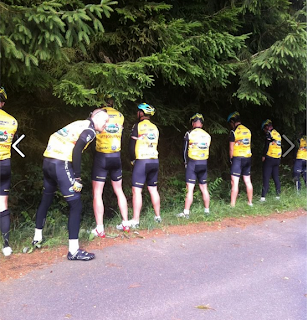 This was THE rainy day so far, and since it took so long to reach Münster I'll focus on just getting up the photos and go to bed. You're mainly here to see those anyway, right?

This was also the day when we learned that biking through a small city centre could take an extra hour, stopping for twenty or so red lights. We'll try to avoid that tomorrow and ride for somewhere close to 220 kilometers instead of the planned 195 (we managed a bit more than 180 kilometers today). In heavy rain, probably. You understand why I'm looking forward to getting some sleep, right?

Today's best break activity was the "head-shoulders-knee-and-toe-knee-and-toe" game that we played; Sweden vs. Finland. Pictured above. The Finnish version manages to switch "knees" to "buttocks", which make the song much more fun. I love Finnish music!

Other highlights of the day was Ilka's acrobatic wipeout and some more flat tires. Ilka is showing his warface just before his somersaults in another of the photos above.

PS. Sometimes it feels as we are peeing our way through Europe. I'm borrowing a pic from Marie that shows you what it looks like during our so-called "micro breaks" that are snuck in between our regular "coffee breaks" and "other short breaks".

PPS. Just seeing these photos you might think that our ride basically consists of an infinite number of coffee breaks. Nothing could be further from the truth. It is just kind of complicated and stupid to take that many photos from the ride with my unprotected iPhone in pouring rain. The Finns in Team Täby have their own Facebook page with a lot more action photos and movies.